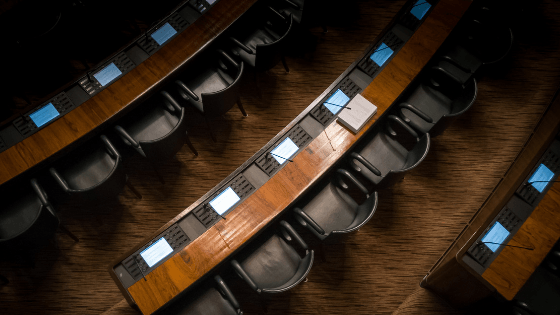 Top tech news of the week: Facebook and Twitter go before Congress, blood-testing firm Theranos is to dissolve following Silicon Valley’s biggest fraud scandal, and Amazon hits a major milestone a mere month after Apple does. Get these and more tech news updates now!

Washington Post | Wed Sep 5, 2018 — Big news: Facebook and Twitter are heading to Congress. The social media companies are continuing to try and convince the governing body that they are prepared against foreign cyber attacks on their respective ahead of the upcoming election. They recognized that in the previous 2016 election they were not prepared as they should have been against countries, such as Russia, seeking to spread divisive political messages using fake accounts. Dorsey is also addressing allegations that Twitter unfairly targets conservative-leaning posts, an allegation he claims as untrue. Lawmakers remain skeptical but acknowledged the progress the tech companies have made and will continue to make. Read the full story >>

‘Fake Social,’ ‘Fake Search’ Are the New ‘Fake News’ as Trump Attacks Tech Ahead of Midterms

USA Today | Wed Sep 5, 2018 — Social media tech companies have been facing many problems this year, and they’re still coming. President Trump has taken to Twitter, using the hashtag #stopthebias, to attack the tech giants Facebook, Twitter, and Google, saying that they have already intervened in the upcoming midterm election, as well as the 2016 election. Trump warned all parties to stay away from political, anti-conservative bias on their platforms, an allegation that has been denied or not commented on. In lieu of past events and their appearance before Congress, tech companies like Facebook and Twitter have been putting the screws to cyber protection to foil attempts of foreign invasion.  Read the full story >>

Business Insider | Wed Sep 5, 2018 — Theranos’ time in Silicon Valley and the world is coming to an end. Following the biggest fraud perpetration inSilicon Valley history, the blood-testing company is shutting down. Founder Elizabeth Holmes and her second-in-command are both facing criminal charges on the grounds that they defrauded investors, doctors, and patients. The company was famously known in the healthcare industry as a breakthrough innovator in the field. They cited that they could run multiple lab tests with just a few drops of blood. Since the scandal broke in 2015, questions have been raised about the testing accuracy, the companies credibility, and more. Walgreens ended a relationship with them in 2016.  Read the full story >>

Amazon Hits $1 Trillion in Market Value A Month After Apple

NBC | Tue Sep 4, 2018 — Some of the biggest names in the tech industry just got harder to compete with. Just a month ago Apple crossed the line over into $1 trillion market value territory, and now they are being joined by another big name. Amazon has officially hit $1 trillion in market value, labeling it as one of the most dominant companies of the modern era. They are now the second publicly-traded U.S. company to achieve this status.  Read the full story >>

Samsung Is Set to Unveil a Foldable Smartphone This Year

CNBC | Tue Sep 4, 2018 — The days of the fold-shut phone many grew up with is said to be making a return with Samsung. Samsung has announced that they are developing a foldable phone which is set to be unveiled later this year. Although no specific details have been released on the structure of the phone, Samsung has stated that they are working to differentiate it from a traditional tablet. Rather than the traditional hinge of a flip phone, this phone might actually bend. The CEO of Samsung Mobile Division DJ Koh hinted that more details could be announced in November at the Samsung Developer Conference in San Fransisco. Read the full story >>