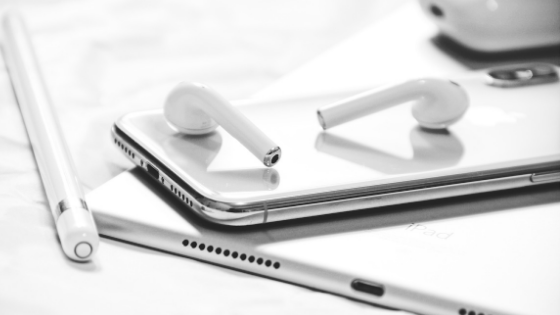 Top tech news of the week: Apple, Apple, and more Apple! Apple’s September Keynote launch news was spoiled a few hours early, the Apple Watch is getting a health upgrade, and proposed tariffs could make getting your favorite Apple devices more expensive. Get these and more tech news updates now!

Washington Post | Tue Sep 11, 2018 — Bitcoin and cryptocurrency have been a popular tech subject in recent years, and that’s not changing any time soon. Although the price of bitcoin has gone down, tech veterans and several high-profile cryptocurrency companies are reportedly forming the Blockchain Association. This is the first fully-fledged lobbying group in Washington representing entrepreneurs and investors who are building off the bitcoin technology. The goal of the cryptocurrency lobbyists is to become a voice for mainstream companies who want to work within the political system rather than circumventing it. One of its first priorities will be addressing how cryptocurrencies are treated under U.S. tax law, and helping policymakers understand how anti-money-laundering and know-your-customer regulations apply in the industry. Read the full story >>

USA Today | Tue Sep 11, 2018 — President Trump’s trade war with China may affect how people buy their favorite Apple gadgets. The president has already imposed tariffs on about $50 billion worth of goods from China, and that may not be the end. There could be tariffs on billions more, including levies of up to 25 percent on $200 billion worth of goods that include Apple products. Although the iPhone was not mentioned among the included products, there are many popular products whose prices are in jeopardy of rising 10 to 20 percent because of the tariff. Last Wednesday, Apple wrote to U.S. Trade Representative Robert Lighthizer saying that the proposed tariffs, on products like the Apple Watch, Apple Pencil, AirPods, chargers and more, could mean unhappy customers paying much more. Read the full story >>

TechCrunch | Tue Sep 11, 2018 — The perpetrators responsible for the Ticketmaster breach earlier this year are now being suspected of another attack. A security firm has reported that credit card skimming malware installed on British Airways’ website a few months ago caused a data breach of over 380,000 credit cards. Over a three-week period, payments made through the airline’s website and mobile app were stolen. When a customer clicked bought plane tickets, the code would scrape the credit card information and forward the data to a fake site. All bank card details, billing address info, email addresses, and names were collected by the code.  Read the full story >>

CNBC | Tue Sep 11, 2018  — In 2015, the Apple Watch was first released and it came with a built-in basic heart rate monitor. That small move put Apple into the healthcare sector, and a new release may push them further in. Apple is introducing an electrocardiogram or “ECG” into the Apple watch. It measures the heart’s rhythm, not just the heart rate. It could potentially help millions of people, and one of the first things that the sensor aims to screen for is Atrial Fibrillation, a heart rhythm disorder and a common cause of stroke. Apple is still considering whether to share readings with consumers. Doing so would make it a regulated medical device requiring federal approval. Read the full story >>

Business Insider | Wed Sep 12, 2018  — A leak of Apple’s own website ruined their planned announcement for their Apple Keynote on Wednesday. New details about upcoming iPhones were uprooted by several websites and coders to discover the names, storage options, and colors of the new models. The higher-end iPhone XS and XS Max will reportedly come in space gray, silver and gold. The lower-cost iPhone XR will come in a grand total of six colors: red, yellow, black, white, coral, and blue. More details about the iPhones were revealed during the official launch event, including pricing info, updates coming to the Apple Watch and more. Read the full story >>