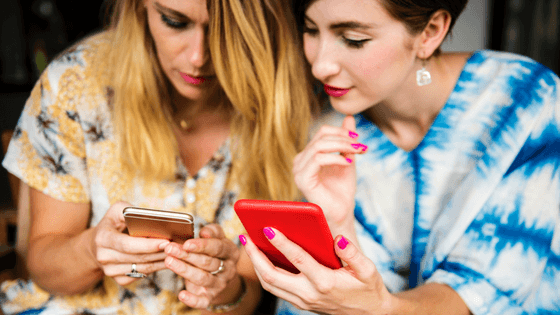 Welcome to the EMPIST Tech News Roundup! We’re sharing headlines and stories from around the web to keep you informed on tech news surrounding IT, business, marketing, and everything in between. Malware attacks, military cloud contracts, and Amazon Go are some of front and center stories for this week’s EMPIST Tech News Roundup! Don’t miss these headline features from the New York Times, CNBC, and more.

Bloomberg | May 14, 2018 — Some of the top tech companies are currently in a massive bidding war for a cloud computing contract with the Pentagon. Despite some push-back, the Pentagon is defending its plan to select one winner-take-all to be awarded a multibillion-dollar cloud computing contract. In defense, it was noted that the use of multiple cloud services would be detrimental to their needs for rapidly delivering new capabilities to U.S. forces deployed around the world.

After many demands, the Pentagon released a report explaining their reasons for choosing one company as a rebuttal towards several technology companies claiming that Amazon is the certain choice for the winner as the dominant provider of cloud services. The ultimate cloud services winner will need to be able to provide a detailed portability plan in order to maintain data in containers that can be moved.

CNBC | May 14, 2018 — I want my data back, data back, data back. For anyone who has enjoyed Chili’s popular Southwestern Egg Rolls recently, it may be time to check your bank statements. Brinker International, the Chili’s parent company, has announced that a malware attack at certain locations has compromised customer credit and debit card information. The attack occurred between March and April. Customers are encouraged to monitor their bank and credit card statement for suspicious activity and report any suspicious activity. The scope of the malware attack is still being assessed and updates will be issued as they are available.

Amazon Go Stores are Coming to Chicago and San Francisco

CNN | May 15, 2018 — Amazon Go is about to expand beyond its one Seattle location. Amazon has confirmed that Chicago and San Francisco are the next two lucky cities to get a cashier-free Amazon-Go store. These stores do not have human cashiers, but there are human employees checking IDs for alcohol sales, security and restocking. Meanwhile, the store uses their app and a collection of cameras and sensors to track customers and inventory levels throughout the store. Although there is no opening date released, management positions have been posted for the new locations.

Business Insider | May 15, 2018 — The hits seem to keep coming for Facebook as another fallout from the Cambridge Analytica scandal comes to light. Facebook is now investigating another quiz app that reportedly collected data from 6 million people during the five years it was active. myPersonality was created by the University of Cambridge and 40% of users agreed to share their Facebook information with it. This was done by encouraging users to take psychometric quizzes. Cambridge Analytica reportedly tried to gain access to myPersonality data but was denied due to their political ambitions.

New York Times | May 15, 2018 — In the wake of data scandals, Facebook has been cracking down on their privacy and security practices. On Tuesday the company released the numbers on their efforts to remove violence, nudity, hate speech and other offensive content from its site. An 86-page report revealed that Facebook deleted 865.8 million posts in the first quarter of 2018, most of which were largely spam and the rest being offensive material.

Additionally, Facebook also removed 583 million fake accounts simultaneously. This is the first of Facebook’s stronger efforts to flag and remove inappropriate content. They will also be more transparent about content removal practices. They are hoping to publish similar reports every 6 months going forward.