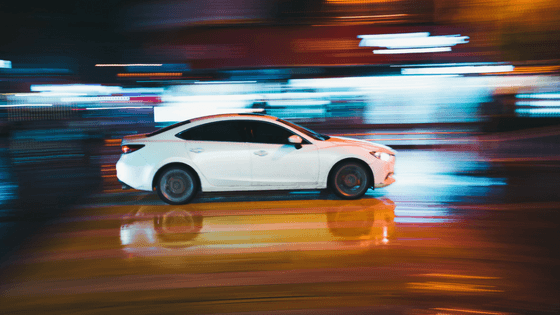 Top tech news of the week: Toyota Infuses Uber with $500 million, Facebook employees speak out against an ‘intolerant’ political atmosphere, and Instagram is announcing a process to hand out more of those coveted blue verified badges. Get these and more tech news updates now!

Toyota Invests $500 Million in Uber, Will Partner to Deliver Self-Driving Cars by 2021

USA Today | Mon Aug 27, 2018 — Self-driving cars have been a big point of focus for Uber recently, and now another well-known brand is joining in. Japanese car manufacturer Toyota has invested $500 million into Uber and their self-driving car technology. As a part of their new partnership, the announced their intent to produce a self-driving car by the year 2021. The deal reflects Toyota’s urgency to deliver autonomous vehicles following CEO Akio Toyoda’s recent proclamation that the company’s future is at stake as transportation evolves. Technology will be incorporated from both companies to create the first model, which will be a Sienna minivan. Read the full story >>

Huffington Post | Tue Aug 28, 2018 — Google is now the latest target of President Donald Trump. Trump has accused Google of manipulating the search engine so that upon Googling “Trump news,” only bad stories or ’fake news’ come up. He claims that the search results do not include stories related to Republican, Conservative, and “Fair” media. Trump’s economic advisor has stated that they are “looking into” the issue with Google and deciding whether the government should be a part of regulating Google searches. Google has disputed the claim, saying that all of their searches provide the most relevant results possible and is not influenced by political agenda. Back in July, Trump has referred to Google as “one of our great companies.” Read the full story >>

Dozens At Facebook Unite to Challenge Its ‘Intolerant’ Liberal Culture

CNBC | Tue Aug 28, 2018 — It started quietly, but many voices have joined the chorus. A senior Facebook engineer recently published a post on Facebook’s internal message board entitled, “We Have a Problem With Political Diversity,” and it has caught the eye of many. The engineer, Brian Amerige, claims that the political atmosphere at the social media company is intolerant of different views and describes it as a “monoculture.” Since its posting, the message has garnered the support of over 100 Facebook employees who have begun an online group called FB’ers For Political Diversity. Read the full story >>

TechCrunch | Tue Aug 28, 2018 — Unverified Instagram users may finally get their top wish granted. For the first time, the social media company has introduced a way to request profile verification and gain one of the coveted blue badges. Although it’s too early to tell just how many (and what types) of users will be given the badge, there is now a request process where hopefuls must fulfill certain requirements. Under Settings, there is a button to navigate to the request form where you will need to provide a form of ID as well as evidence that your profile is “authentic, complete, unique, and notable” per Instagram’s definition for an authentic account. These each mean different things, with ‘notable’ being the toughest category. Read the full story >>

Apple Said to Launch Three New iPhones, Including Its Largest Ever with a 6.5-inch Screen

CNBC | Mon Aug 27, 2018 — Anyone who has a phone upgrade coming up may get excited for September. Apple is announcing three new iPhone models, one of which will have the largest screen yet at 6.5 inches wide. The official unveil date has yet to be announced, but insiders are saying that the new phones will likely be pricier. However, there will reportedly be a more affordable 6.1-inch model available, as well as a 5.8-inch model (currently the same size as the iPhone X). All three of the new iPhones will use Face ID technology to unlock following the elimination of the physical home button with the fingerprint reader. Read the full story >>