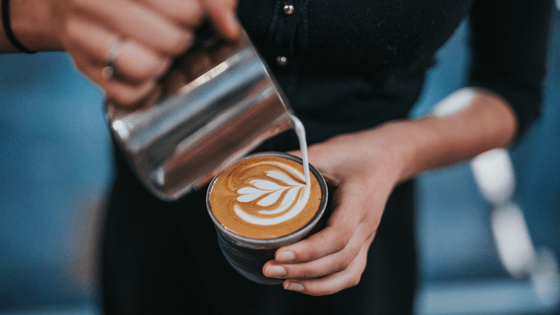 Top tech news of the week: Slack is becoming a bigger presence thanks to an influx of capital, Microsoft discovers more Russian attacks ahead of midterm elections, and new IBM coffee drones can predict your caffeine craving (while delivering it too). Get these and other tech news updates now!

Microsoft Uncovers More Russian Attacks Ahead Of Midterm Elections, but Russia Denies It

CNBC | Tue Aug 21, 2018 — Facebook isn’t the only platform on the lookout for unwanted political influencers in the wake of the upcoming midterm elections. Microsoft recently reported uncovering more Russian hacking attacks that are targeting U.S. political groups. Russia, however, is fully denying these claims. These suspicious hacking attempts mirror similar attacks that occurred prior to the 2016 election. Microsoft claims that a hacking group related to the Russian government created fake internet domains that spoofed two American conservative groups: the Hudson Group and the International Republican Institute. These are in addition to three more fake domains designed to look like they originated in the U.S. Senate. Read the full story >>

New York Times | Tue Aug 21, 2018 — There’s a new message coming from Slack, and it carries an extremely high value. The popular work chat app announced Tuesday that they have raised $427 million in new funding. This is on top of the $250 million raised last year from SoftBank Group’ Vision Fund as well as other investors. This latest influx of capital now puts Slack’s valuation at $7.1 billion. At its new valuation, the company will now be much more expensive to buy if an organization showed interest. At this time, talks of going public have been met with coy responses from Slack. Going forward Slack will continue to top its competition, that most notably being Microsoft and their messaging platform, Microsoft Teams. Read the full story >>

Business Insider | Tue Aug 21, 2018 — A school harder to get into than Harvard just made an epic admissions mistake. Y Combinator, a startup accelerator with an online education program, accidentally accepted all 15,000 applicants into the Startup School. The acceptances arrived on Monday and were followed up a few hours later with a message explaining the mistake. Ordinarily, the sought-after startup education school only accepts about 3,000. The startup company has helped to launch companies like Airbnb, Reddit, and Stripe in the past. Y Combinator has decided to accept all the founders who were affected by the software mistake. Read the full story >>

USA Today | Tue Aug 21, 2018 — Midterm elections are coming up, security surrounding it has been under a watchful eye. Political influence campaigns originating from Iran and Russia have reportedly been foiled by Facebook. The campaign attempts were targeting users in the U.S., U.K., the Middle East, and Latin America to sway world politics. Mark Zuckerberg released a statement saying that the pages, groups, and accounts discovered were a part of two different campaigns. Facebook says it has not found a connection between the Iranian and Russian campaigns but the campaigns deployed similar tactics. After being alerted by cybersecurity firm FireEye, the social media company began investigating coordinated efforts by a network of Facebook pages linked to Iran. Read the full story >>

CNBC | Wed Aug 22, 2018 — Coffee cravings everywhere may soon be satisfied by caffeine-bearing drones. IBM has recently secured a patent for a coffee drone. This drone goes beyond just the simple delivery aspect of coffee but also has the ability to predict when you need a jolt. These drones could be used in a cafe, office, or another event setting. The coffee would find the drinker using facial- or voice-recognition software, Bluetooth from a smartphone, or an electronic ID tag. It could also predict your next necessary caffeine fix using tracking information from biometrics and sleep or fitness apps, such as a Fitbit. Read the full story >>