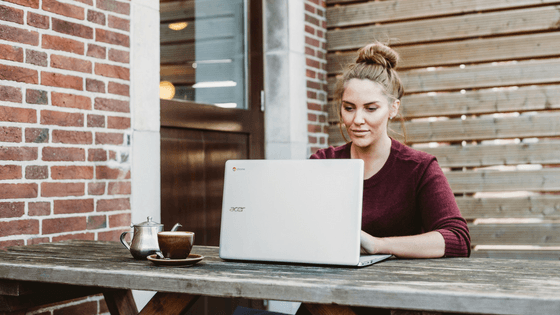 Top tech news of the week: Tinder and their parent company are not feeling the love amid a hefty lawsuit, Apple goes further into exploring new healthcare chip technology, and Twitter is finally giving evasive users the boot. Get these and other tech news updates now!

Business Insider | Tue August 14, 2018 — Love is not in the air for Tinder and its parent company. The co-founders and executives of Tinder are reportedly suing their parent company IAC and Match Group. The lawsuit states allegations that the parent company manipulated the financial books to create a lower valuation for the popular dating app. The alleged goal of inflating Tinder’s expenses and downplaying new features was to save the parent company billions of dollars when employees cashed in equity. Tinder was subsequently valued at $3 billion in 2017 when it could have been valued much higher. IAC and Match Group are calling the lawsuit meritless. Read the full story >>

CNBC | Tue August 14, 2018 — Apple’s continued interest in the healthcare industry is taking new steps to be involved. Apple is now creating a team to explore developing its very own health chips. The Apple watch is already equipped with optical sensing capabilities to track heart rate. The idea of these new chips could help Apple add new features and improve the efficiency of the hardware. Although the specifics of what the health chips would track have not been officially established, it has been indicated that it will measure more body information. The company’s areas of interest so far include exercise, cardiac health, and sleep quality through its acquisition of the health monitor Beddit. It was previously reported that Apple also working on continuous and non-invasive blood-sugar monitoring. Read the full story >>

Twitter Is Purging Accounts that were Trying to Evade Previous Suspension

TechCrunch | Tue August 14, 2018 — Some sneaky social media accounts just weren’t sneaky enough. Twitter is now purging multiple accounts that managed to avoid suspension. The accounts now being suspended are accounts that were previously cited or suspended for abusive online behavior, or for trying to evade an even earlier suspension. Several of the accounts in question have been avoiding the action by creating brand-new accounts, but they will not be able to evade the new wave of suspensions beginning this week. Twitter announced their intentions via a tweet, and have stated that evaders will no longer be able to use Twitter. This action stems from recent increased efforts to decrease disinformation, bots, and abuse online. Read the full story >>

New York Times | Tue August 14, 2018 — There have been news reports recently about Elon Musk’s desire to take Tesla private, and now there’s a new update. Tesla announced on Tuesday that a special committee has been created to review a potential proposal from Musk. Although a proposal has not yet been received by the board, the arrival of one will not guarantee approval. The three independent directors who make up the special committee are Brad Buss, Robyn Denholm, and Linda Johnson Rice. They reportedly have the full power and authority of the board to evaluate and negotiate any potential proposal to take Tesla private. Read the full story >>

Alexa, Get Me Cortana: You Can Now Voice Shop on Amazon from Windows

USA Today | Wed August 15, 2018 — It’s been a year in the making, but a feature promised by Microsoft and Amazon is now available to consumers. Amazon’s personal assistant is now connected to Windows users and the Microsoft assistant Cortana is connected to the Amazon Echo connected speaker. The way it works is that from Windows, users will be able to voice shop on Amazon, and on the Amazon Echo speaker, users will be able to hear e-mails and set up calendar appointments from the Microsoft Outlook program. A company blog stated that the goal of this digital union is to have two integrated digital assistants who can carry out tasks across different dimensions of daily life. Read the full story >>