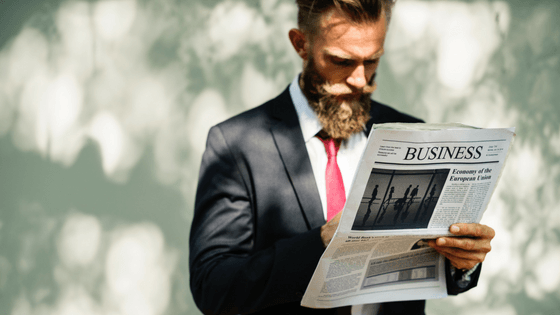 Welcome to the EMPIST Tech News Roundup! We’re sharing headlines and recent news stories from around the web to keep you informed on tech news. This includes IT, business, marketing, and everything in between. This week, EMPIST is bringing you news about the annual Google I/O conference, Twitter developments and more.

Google Launches the Third Version of its AI Chips, an Alternative to Nvidia’s

CNBC | May 8, 2018 — There’s always big news from Google! On Tuesday Google announced the development of the third generation of its special artificial intelligence chips. These Tenor Processing Units, or TPUs, will improve applications that use artificial intelligence for many tasks. Such tasks include audio word recognition, picking up emotions in text messages, and spotting objects in photos and videos. After first announcing their plans to create custom chips two years ago, this new third generation chip is an alternative to Nvidia’s graphics processing units. It’s possible, as with previous generations, that these new chips will be accessible to third-party developers through Google’s public cloud service. This could help Google compete with Microsoft, who announced the availability of their own chips in the Azure cloud.

Business Insider | May 9, 2018 — So many updates came out of the Google I/O conference this year, which occurred this past Tuesday. A two-hour presentation from Google executives discussed the latest developments from Android, Google Assistant, Maps, Photos and more. Although there were countless updates, a few were most notable. Gmail is rolling out Smart Compose, which can autocomplete entire emails by just hitting the Tab button. Creating a PDF from a photo is now possible with Google photos. The Google Assistant voice is about to sound a lot more human with the help of John Legend. Google Assistant will now even reward users for politeness. Designed with teaching children manners in mind, saying “please” will give you credits and will even prompt GA to compliment you back. Finally, a new feature called Subscribe with Google will allow you to access all news publications you subscribe to anywhere.

CNBC | May 8, 2018 — There’s no end of improvement ideas when it comes to social media. Twitter is reportedly building an encrypted messaging feature within its app. This would allow users to send secret messages to each other. This idea is being considered as a move on Twitter’s part to compete with WhatsApp, Facebook’s encrypted messaging service. This news it catching the eye of many in lieu of all the recent privacy talks among social media companies as of late. Most notably, this shows that Twitter is taking privacy seriously with this idea, as opposed to Facebook who currently does not offer an encrypted messaging function. This could potentially set Twitter up to have its own independent messaging app in the future.

Chicago Tribune | May 8, 2018 — By now, most everyone has heard of the political consulting firm Cambridge Analytica and the ensuing Facebook data scandal. What you may have heard lately are some rumors about the future of the company, but one rumor is officially being put to rest. It has been speculated recently whether the company would continue to exist, just under a new name. It has been confirmed that the consulting firm will begin bankruptcy proceedings and close the group down and that no new organization is being created.

TechCrunch | May 3, 2018— Instagram has just made shopping online that much easier. Instagram has quietly added a native payments feature within its app. It is available for booking and paying with a limited set of partners like restaurants or salons, such as the dinner reservation app Resy. In the future, users can expect to see direct payments for things like movie tickets. The feature is backed by Facebook’s Payments rules. This new option will give many businesses an even bigger reason to advertise on Instagram.