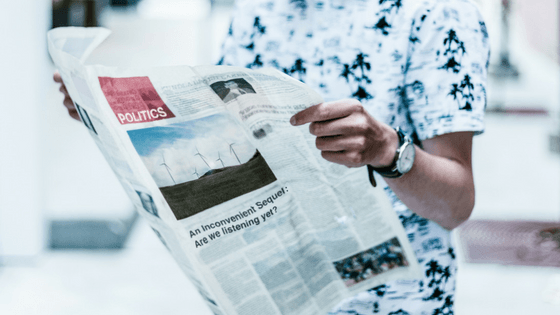 EMPIST Tech News Roundup is coming at you with the latest headlines and recent news stories from around the web to keep you informed on tech news surrounding IT, business, and marketing. Microsoft is gaining traction over competitors with its cloud technology, and Facebook has detected some unwanted efforts to influence the upcoming midterm elections.

As Microsoft Gains Cloud Share, Competitors Are Changing Their Stance

CNBC | Sun July 29, 2018 — As cloud technology gets more popular for businesses, the competition to be the best provider is heating up. Amazon Web Services (or AWS) has been the top provider of cloud tech, but Microsoft Azure is making strides. Microsoft has gained more market share recently by being a longtime provider of hybrid cloud computing, a service that Amazon and Google have only recently gotten started in. Not only is Microsoft’s hybrid cloud increasing in popularity for businesses, but their revenue is too, by 89%. Read the full story >>

Business Insider | Tue July 31, 2018 — Big surprise, more Facebook news. Facebook just can’t catch a break lately. In addition to the laundry list of troubles they’ve had in the last several months, they can now add another political misstep to the list. Facebook has reported that an effort to influence the upcoming 2018 midterm elections using Facebook profiles and ads has been detected. They are still early in the investigation and have not yet determined who is behind the efforts, but they have banned 32 accounts since the discovery. The reason for the bans is being cited as engaging in coordinated, inauthentic behavior. Read the full story >>

Chicago Tribune | Mon July 30, 2018 — Big money news! IBM just received a hefty award from Groupon. Last Friday, a U.S. jury awarded IBM $82.5 million after finding Groupon responsible for four counts of e-commerce patent infringement. The original lawsuit filed by IBM was for $167 million, accusing Groupon of building its online coupon business behind IBM’s e-commerce inventions without permission. Following the verdict, which was reached after one day of deliberations, Groupon is considering the possibility of an appeal. It was the first time in 20 years that an IBM lawsuit made it to the start of a jury trial. Read the full story >>

TechRepublic | Tue July 31, 2018 — Letting vehicles take control without a driver has been an ongoing debate in 2018. Uber has had a prominent voice about the subject, and have made a new announcement about trucks. As of Monday, Uber is tabling the concept of self-driving semi trucks and is instead focusing on self-driving cars. The company acquired the self-driving truck company, Otto, in 2016. They have also invested heavily into Uber Freight, an app that matches carriers and drivers with loads to haul. Abandoning the self-driving truck project appears to be fallout from legal battles between Uber and Alphabet. Read the full story >>

Twitter Getting Help from Academics to Improve Its ‘Health’

Fortune | Mon July 30, 2018 — Weeding out bad online behavior is not easy, but Twitter is taking steps to make it easier. The company is enlisting help from several academic researchers to help target bad behavior through their online messaging tool. The researchers will study how users behave when sending each other tweets or commenting on political topics. Bad behavior is not breaking news on Twitter. Following a fair amount of criticism about the failure to resolve the issue, Twitter is taking charge. Read the full story >>